DREGO & BENO RETURN WITH RELEASE OF “YOU HIP”

The dynamic duo known as Drego & Beno are back and stronger than ever with the release of their newest single titled “You Hip.” Although it’s been a while since they’ve dropped any new projects, they don’t miss a beat with their return. Detroit has been put on the map through various artists with Drego & Beno being some of the pioneers to make a modern buzz back in 2019. Initially listeners are hit with the fast-paced beat which is Detroit’s signature style as artists like Sada Baby and BabyTron have proven the past couple years. The two compliment each other like peanut butter and jelly with Beno finishing some of Drego’s bars and vice versa in a unique fashion. As artists they definitely stand out from others who have came out of the same city and manage to keep a wide catalog of music and styles.

The song released with a music video in which viewers see the two stepping out of a Rolls Royce Wraith and then skipping to a scene in a room where cash is pasted like some wallpaper all around them. They manage to stick to their roots and show signs of them in the trenches with Drego using a payphone and Beno stretching out a rubber band. A snowstorm is going on in a few of the scenes, but that doesn’t stop viewers from seeing those diamonds dancing on their chains and shades. The video is simple yet creative in the way of showing who the two are and where they came from which is the snowy streets of Detroit. Their potential is limitless with the right amount of consistency and buzz as the two have remained off of the scene for a while now. Fans can only hope that this is just the beginning of a resurgence from the artists with thoughts on a mixtape and more hits which can be found in the comments section. 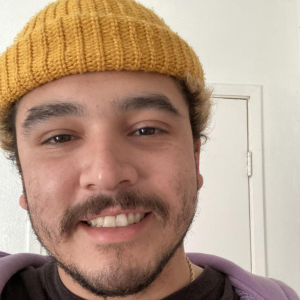 Low The Great & CaliRant “Been Been” Video